The Italian Embassy and AICS Islamabad with the Pakistani authorities competent for Youth and Olive, have organized on September 29, 2021 an olive tree planting ceremony in Islamabad, on the same day of 2020, within the same framework of the Italian Global Festival on Sustainable Development they led with PPAF a Workshop on Remote Communities Self-Development.

The ceremony has taken place this year at the Islamabad Fatima Jinnah Park, in the presence of both Mr. Usman Dar, Special Adviser to the Prime Minister on Youth Affairs and Chairman of the Prime Minister’s Youth Programme, and the Ambassador of Italy to Pakistan, Mr. Andreas Ferrarese, together with Ms. Emanuela Benini, Director of the Italian Agency Office for Development Cooperation, AICS, in Islamabad. 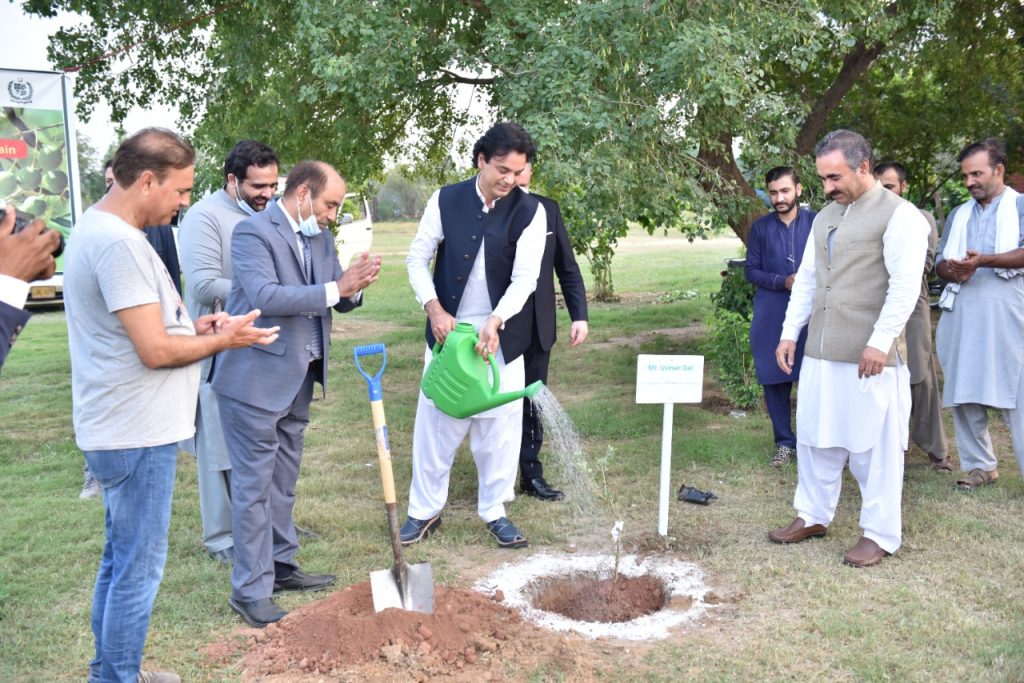 The master of ceremonies was Dr. Tariq Muhammad, National Project Director of the National PakOlive growing Programme of the Ministry of National Food Security and Research, who donated the 40 olive trees and organized the planting session in the garden of the Capital Development Agency’ Environment Directorate in the same F-9 Park.

The ceremony was planned in the wake of the launch of the OliveCulture Project, an Holistic and Multi-professional Mechanism for a Pakistani Olive Oil Value Chain, that the government of Italy is funding with a grant through CIHEAM the “Mediterranean Agronomic Institute” of Bari, Italy, and promoting closely with the Pakistani Government, through the newly instituted Pakistan Oilseed Department of the Ministry of National Food Security and Research, whose Managing Director, Mr. Khair Muhammad Kakar, was part of the ceremony and a tree bears his name. 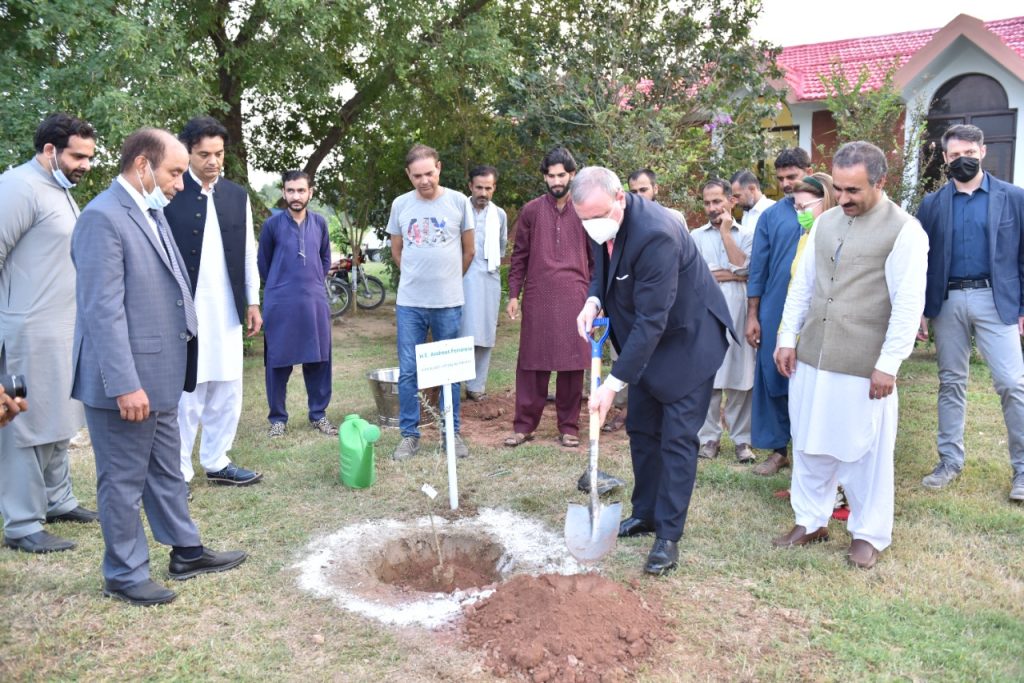 The event was the occasion for AICS to gather all representatives of Olive-oriented past, future and ongoing projects, as mentioned above. Were also participating the representatives of the Italy-funded Pakistan Poverty Reduction Programme PPR, whose Olive products component is ongoing: Qazi Azmat Isa, CEO of the executing agency Pakistan Poverty Alleviation Fund and the PPR Manager Shams Badruddin and Muhammad Ashraf Programme Officer. In the framework of the PPR part of the participants had attended the PPR Olive December 2019 Workshop at the CIHEAM in Bari, organized by the Rome-based LUISS Business School.

PPR had also carried out with LUISS a special training for Young Communicators for Development YCD from five universities of Balochistan and KPK, under the coordination of prof. Saira Ahmed, Director Sustainability & Environment, Capital University of Science and Technology, who was participating in the ceremony and by interacting with the NYC members the event had as its main fruit to pave the way for a convergence of purposes between NYC and YCD.

Other strong actors in the Olive Projects are the Commission for Vocational Training at the federal and the provincial levels and two trees were named after the National Executive Director, Chairman Mr. Javed Hassan and the National tive Director of NAVTTC.

The former Ambassador of Pakistan to Rome, Mr Riyaz Nadeem, participated as President of the Institute of Regional Studies (IRS) who shall host the event of the 13 October on “Biodiversity & Circular Economy in Pakistan towards “Well-being in Green” Could Youth bridge the gaps?” within the framework of the Italian Global Sustainable Development 2021 Festival. The tree planting the ceremony was the actual field activity preceding such event.